keep your case on track: understanding

Contempt of court proceedings occurs when one of the opposing parties refuses or fails to follow through with a court order. An example most commonly seen within family law is when a parent refuses to pay court-ordered child support.

We’re not fans of surprises and we suspect you aren’t either. We built these divorce calculators just for you, so you know what to expect every step of the way.

20+ of the Industry's Best Attorneys 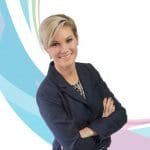 Dealing with Contempt in Divorce Cases

If you’ve dealt with the civil side of legal proceedings, you may be aware that court orders can get issued pretty frequently. However, you might not know too much about...

Family law matters are not finished just because the judge issues a final order, many times. Many final orders court often require that certain actions are taken. However, just because...

When a parent falls on hard economic times, they may find it challenging to uphold their child support obligations each month; however, what they may not realize is that failing...

Uncertainty around COVID-19 is unsettling but we want you to know our team is up and running, 100%. Please see our response here.

Uncertainty around COVID-19 is unsettling but we want you to know our team is up and running, 100%. Please see our response here.